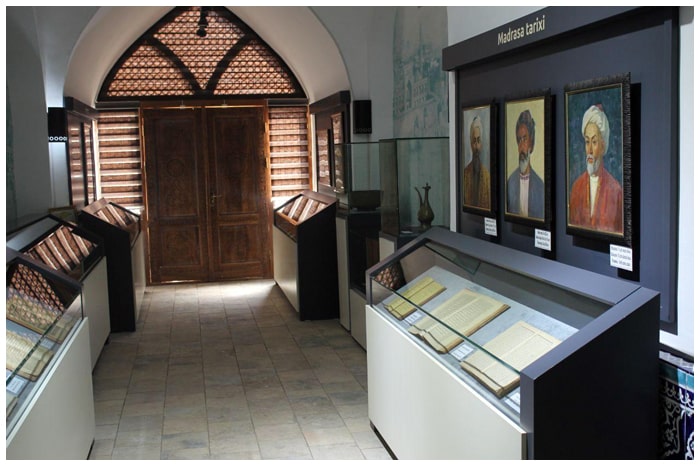 The Name of tour: Wonders of Uzbekistan

Day 2: Nukus – Kungrat – Sudochye – Aral Sea
This day you will transfer to Aral Sea. You are going to travel about 9 hours through the route Nukus - Kungrad - Plato Ustyurt - Sudochye Lake - Aral Sea. Along the way you will discover Gaur-Kala Fortress ("fortress of the infidels"). You will experience that it was built in the 4th century BC. Its walls are more than 10 meters high. They surround a few ancient strongholds. Now it is not possible to discover what constructions they were. You will continue the tour with driving to Aral Sea. After the driver will organize a comfortable camp for you. After that you will have a chance to have a picnic in nature. This night you will rest in the tents.

Day 3: Aral Sea – Muinak – Nukus - Tashkent
After breakfast you will have a chance to take fascinating photos of the sunrise. After that you will have a wonderful trip to the majestic Ustyurt canyons and Muinak. This day you will drive goes through the dried bottom of Aral Sea. During the tour you will explore that the situation of the Muinak city demonstrates the ecological disaster of that region. Before the catastrophe, it was the largest Karakalpakstan’s port and Aral Sea center of fishery. After arrival you will explore the town museum and see the “graveyard of ships” located on the shore of the sea. This day you will also transfer back to Nukus. This day you will travel be flight to the capital city Tashkent. This night you will rest in the hotel.

Day 4: Nukus – Ayaz Qala – Tuprak Qala – Khiva
In the morning you will direct to the most ancient city of Uzbekistan – Khiva. You will explore that linked with the powerful Khorezmshah’s State with its capital in Urgench before. In ancient times in was a major center of trade on the Great Silk Road in the 10th century. During the tour you will discover that all caravans rested here on their way to China and back. From dusk till dawn the gates were opened and the city welcomed the endless stream of traders. During the tour you will explore two famous fortresses: Ayaz Qala and Turpak Qala. In the tour you will be able to explore that Ayaz Kala fortress which was an ancient castle of Khorezm, which was built in the 2nd century AD which was erected in honor of oin-slave of Ayaz, a Turkic folk hero. Next, you can explore Tuprak-Kala ("clay fort"), which was the royal city of the Khorezm ruler Artav. According to archaeological research, the fortress was built in the 1st or 2nd century AD. It was occupied until the 6th century AD. Wars and invasions have left the city without any signs of life. You will finish the tour with travelling to the hotel in Khiva.

Day 5: Khiva – Tashkent
This day you will have a last day of the tour. And today you will have a wonderful city tour where you will discover the fascinating sites Khiva city. This day you will explore the inner city Ichan-Qala surrounded by strong walls. There you will explore over 400 traditional dwelling houses and about 60 architectural monuments. You will discover ancient palaces, mosques, Madrasahs, Mausoleums, Minarets, Caravan-Sarais and Bathhouses. Ichan-Qala was recognized as a historical and architectural conservation area in 1969. There are located the most famous sites like the Kunya-Ark fortress that was erected in the 17th century by Muhammad Arang Khan, Kalta Minor minaret and Tash Khouvli palace that shows the Khorezm architectural art of 1830s. This day you will complete the tour with evening flight to Tashkent. Today you will spend the night in the hotel.

Day 6: Tashkent – Flight
In the morning the transfer will take you to the hotel.